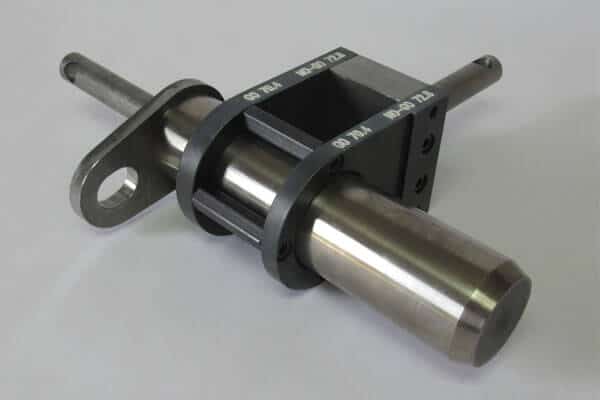 One of Caterpillar’s manufacturing engineers was using a set of simple check gauges that had been made by another shop. The problem was, the gauges weren’t accurate – rendering them useless.  The shop had machined the components, welded the assemblies and then heat-treated them. Following that process, the gauges warped, weren’t parallel and weren’t even sized to the correct dimensions.  Caterpillar, a regular Cobb tool customer asked us to recondition them.  We did so where we could by grinding them square and adding material in the form of welds where necessary.

When Caterpillar had a model change, many of these reconditioned gauges became obsolete.  Since they were welded assemblies there was no practical way to modify or reuse the existing gauges.  Cobb Tool proposed a complete redesign of the gauges.  We suggested a bolt-together design, and the use of hardened tool steel for the gauging surfaces.

The problem was that our proposed design increased the initial cost of the gauges.  So, when the engineer submitted his budget request for 39 new gauges, his manager initially reacted with sticker shock. However, because of their trust in Cobb Tool, the Caterpillar team took a deeper look. After reviewing Cobb Tool’s new design approach, they concluded that the new gauge design would be a much better tool upfront and would save money in the long run. As bolt-together components, it would be easy to repair a damaged gauge, or even adjust them to check different dimensions at minimal cost.

Cobb Tool received a significant order – and Caterpillar made an investment that delivered long-term cost benefits.